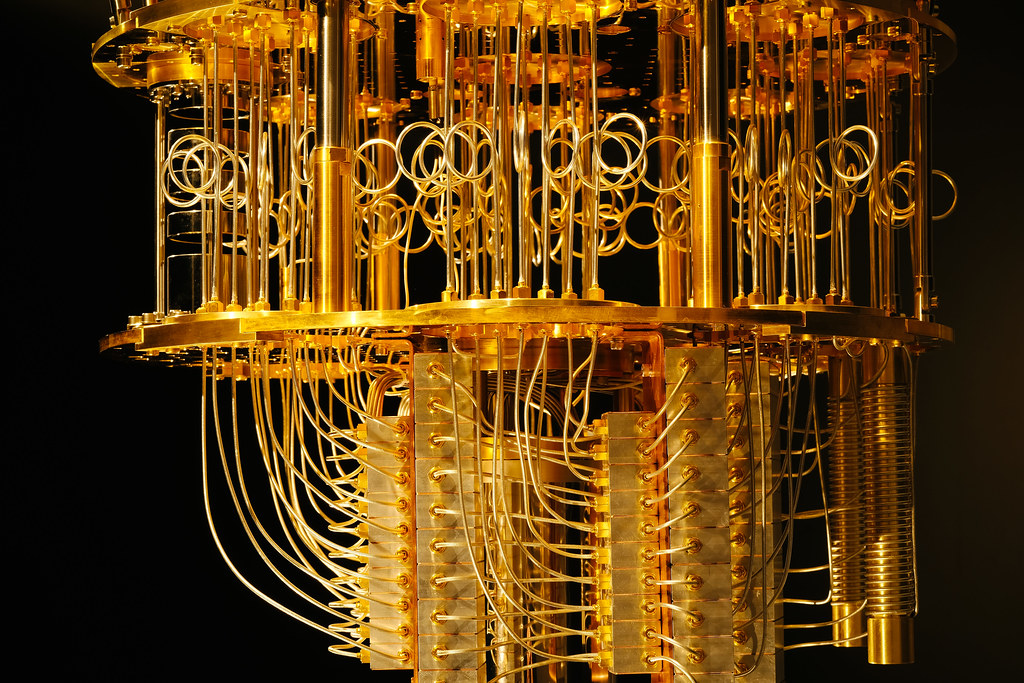 Scientists believe quantum computers will change the world, and they could be right. Google hyped the possibilities of this new technology when it mentioned it had achieved quantum supremacy in 2019. For those who are a bit late to the party, there’s a bit to unpack.

To appreciate and understand the hype behind Google’s new quantum computer, it helps to understand “quantum supremacy,” which was the major buzzword in Google’s announcement in 2019.

What is Quantum Supremacy?

Quantum supremacy is the point at which a quantum computer can do things a regular computer cannot. Scientists have been trying for years to create a new kind of computer that can process data in much more complex and improved ways than classical computers. With quantum supremacy, they would have taken a major step towards achieving that goal.

Google’s researchers claimed that their quantum computer performed a calculation in 200 seconds that would have taken a supercomputer 10,000 years. The discovery itself wasn’t anything particularly useful, since the program just gave out random numbers. But it hinted at the precision and speed of quantum computers compared to classical computers.

While scientists generally praised the discovery as a promising milestone, some found holes in Google’s claim. Not long after Google made its announcement, researchers at IBM argued that a supercomputer could actually perform the same calculation in 2.5 days or less. Fast forward to 2022, and scientists in China were able to perform the calculations in a few hours with ordinary processors.

These developments dulled Google’s shine, but they didn’t dim the promise of quantum computing. For one, one of the scientists in the China experiment, Pan Zhang, noted that a supercomputer required far more operations and power than a quantum processor. To really prove the superiority of the quantum computer, researchers would have to test it in experiments with real-world applications.

What is Google’s New Quantum Computer and How Does It Work?

The computer is essentially a quantum processor called Sycamore. Initially designed to be a 54-qubit processor, 1 qubit failed, leaving only 53 qubits to be used for computation. To understand qubits and how a quantum computer works, it makes sense to first understand how a classical computer works.

Classical computers, which include everything from phones and laptops to supercomputers, store and access everything in their memory as bits. The bits are represented logically by 1 or 0, or on or off. This method of computing is known as the binary system.

Quantum computers, in contrast, work with quantum bits, or qubits, not bits. While a classical bit can only be either 1 or 0, a qubit can exist as 1 and 0 at the same time. By simultaneously existing as 1 and 0, a qubit can occur in an infinite number of possible states. This phenomenon is known as superposition, and it vastly increases the ways in which computers can process information.

The dilemma for Google, and naturally, the scientific world, is how to take this new, unusual paradigm and turn it into a functional quantum computer that can make useful calculations and solve real problems. There’s still a long way to go in that regard, as the 53-qubit chip is limited. Researchers require a 100 or 200-qubit system before they can start testing for more practical purposes.

The Future Of Quantum Computing

Sycamore’s achievement, as many scientists have echoed, is only the beginning of a long, complex journey. In 2021, Google revealed that it had started working on having a functional, error-free quantum computer by 2029.

The tech giant plans to pour billions into developing the technology over the next decade, and has already unveiled a state-of-the-art quantum AI campus in Santa Barbara towards this end. Google’s goal is to build a system containing 1 million physical qubits. It’s quite an ambitious target, but not impossible, if the company’s words are anything to go by.

Google is certainly not the only one in this race, but it seems to be the one making the most headway. It achieved another major milestone in 2020 when researchers used a 12-qubit chip to simulate a chemical reaction, thus proving that quantum computing could do something that could have real-world applications.

The simulation, known as the Hartree-Fock procedure, hinted at the possible things quantum computing could achieve with chemical simulation. For instance, companies could design better batteries or develop new drugs by running simulations before investing in real-world prototypes.

How Much Does A Quantum Computer Cost?

Quantum computers are still at a very early stage and are thus not yet suited for general use. This hasn’t stopped some companies, like the China-based startup called Spin-Q, from trying. In 2017, the company claimed it had manufactured a desktop quantum computer that cost less than $5000.

Even though no quantum computer in existence has been able to solve a practical problem on its own yet, some companies and countries are already buying in. The United Kingdom’s Ministry of Defense bought its first quantum computer in 2017. Also, financial institutions like Goldman Sachs, RBS, and Citigroup have already invested in quantum computing companies.

What Quantum Computing Means For The Future Of Artificial Intelligence

Concepts By Design specializes in topics related to technology, A.I. and marketing, so naturally, we were interested in discovering if quantum computing would have any impact on artificial intelligence. The answer to this question is relatively straightforward. Artificial intelligence will need quantum computing if it is to make significant progress.

AI systems and robots are still built with the help of classical computers, and are thus limited by their level of computational ability. Quantum computing has the potential to vastly increase the ways we use artificial intelligence. There’s already a term for the application of both quantum computing and AI to solve problems. It is called quantum AI.

With quantum AI, companies could process the massive amounts of data that are shared over the internet every day in much faster and error-free ways. Businesses in the finance, pharmaceuticals, science, and cyber-security industries could use quantum computing to model quite complex scenarios and design ideal solutions for those scenarios.

It’s clear that quantum computing could be the next big thing for technology. But as Alán Aspuru-Guzik, a pioneer of quantum chemistry at the University of Toronto, admitted, there’s still a lot of work to be done.